With 2014 Knoxville Fashion Week just days away from its opening night, I had the opportunity to go behind-the-scenes with designers, Diane Corey (KC Leatherwerks) and Kelly Jones (Shadow Oak Maille) and take a look at the collection of looks that they're preparing for the runway. You may remember their SteamPunk looks from last year's runway shows, and this year it gets even better. Combining their own special elements of leather and chainmaille, Diane and Kelly promise a show that is full of energy, color and lights. 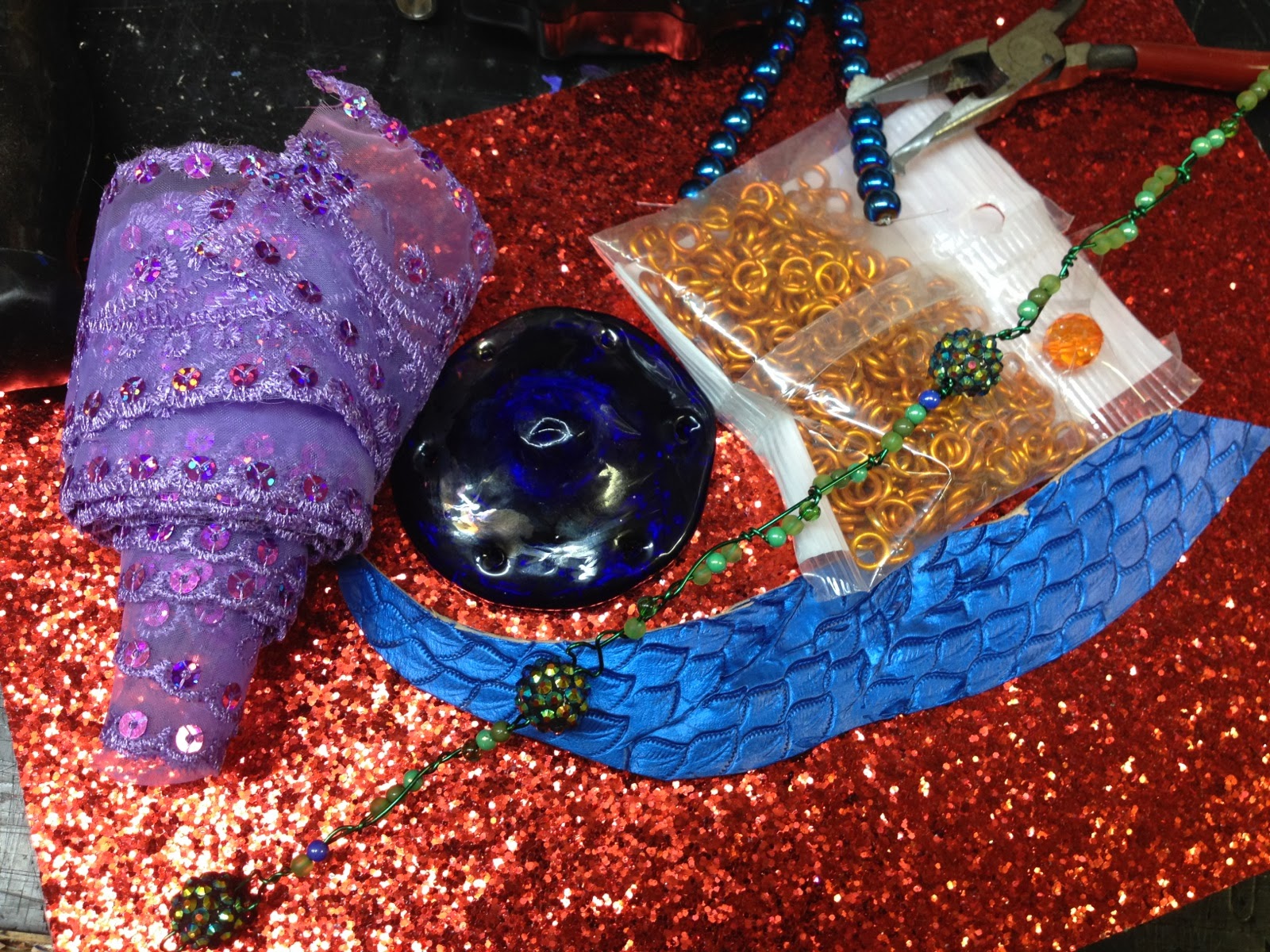 When asked about where the ideas for this year's collection originated, Kelly explains that it really evolved from the working relationship and close friendship between the two designers. "We have these conversations between the two of us when we're just hanging out, and that's what prompted us to move in this direction," says Kelly. "It's hard to find someone that you design with that you can really talk to about every facet of your life." Even on spiritual level, Kelly and Diane have found themselves comfortable sharing their own spirituality and personal beliefs. "It's a special thing to have a partner in the fashion world that I can share those things with," Kelly adds, with a smile.

Diane, a student of yoga for 15 years now, has recently participated in a 5-day silent retreat. "At my age, having lost a husband, I've been left looking for other things and reasons in my life," says Diane. "Kelly has been a bright spot, a very creative energy, and other than my husband, the best partner I've ever had."

This connection also spills over into the design process and the looks themselves. "It's rare to find someone that you can work with so well on a creative level," says Diane. She explains how most of the design process is very egocentric and centered on self-expression, yet somehow she and Kelly often find themselves having a shared vision for their looks. "Sometimes, we'll be in the middle of a fitting and realize that the look is missing something," shares Diane. "And then it's like we both have the same exact thought, and we start reaching for supplies, handing each other tools and we're finishing each other's sentences as we complete the look." 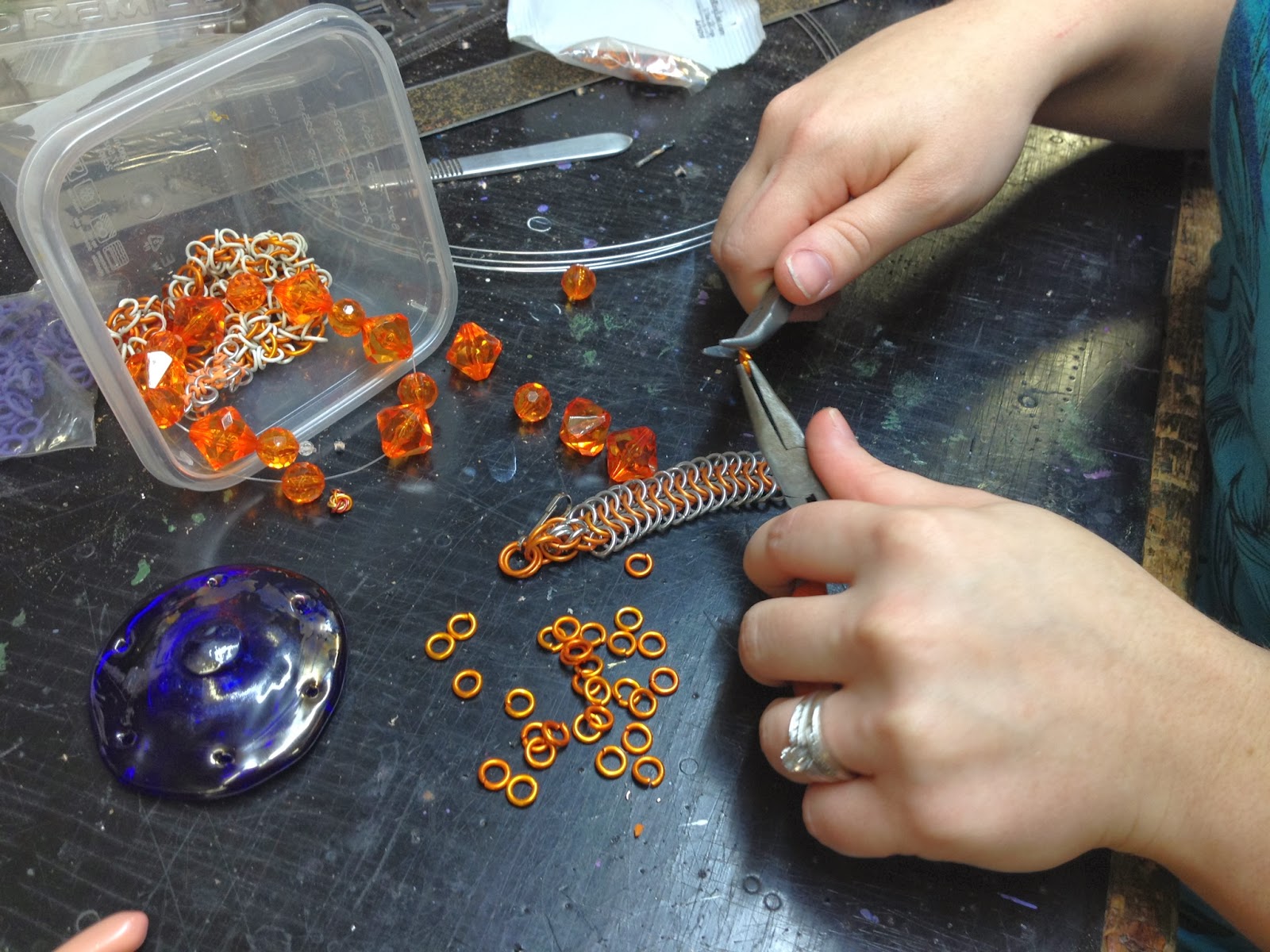 The way that the leather pieces fit perfectly with the chainmaille is proof of this connection. "Metal and leather have always been together, since the days of armor in the 14th and 15th centuries," explains Kelly. "They're synonymous with each other and they go hand-in-hand." Kelly describes how the style of chainmaille that she makes is designed to incorporate stretch and fit that allows for movement and walking with leather pieces that can be naturally stiff.  Growing as designers, Diane is pushing herself to make her own leather designs more flexible, while Kelly has stepped outside of her comfort zone to work on fabricating hard, non-moving pieces out of the chainmaille for certain parts of this collection. 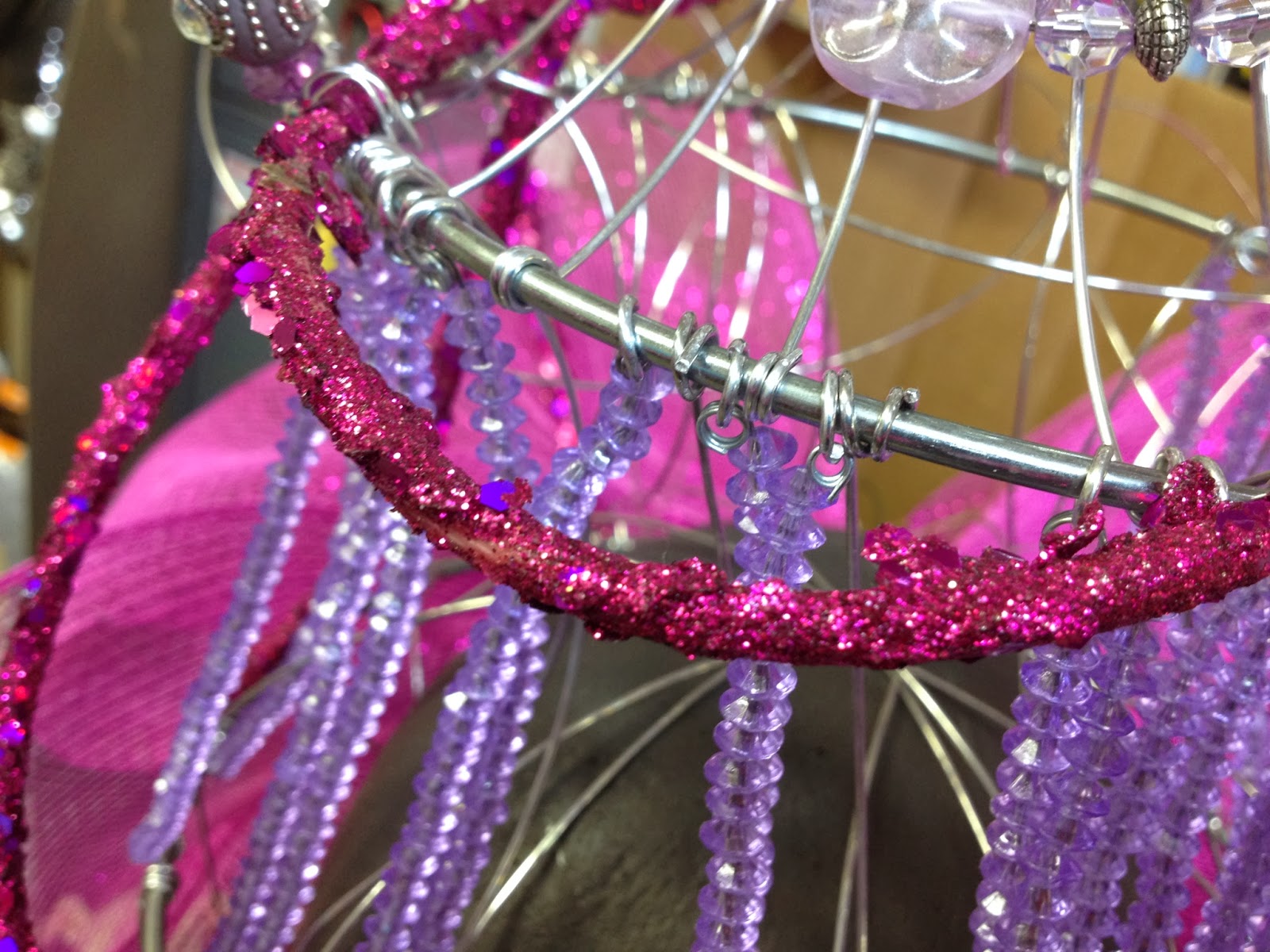 "Our collection this year represents everything that's inside of us," says Kelly. 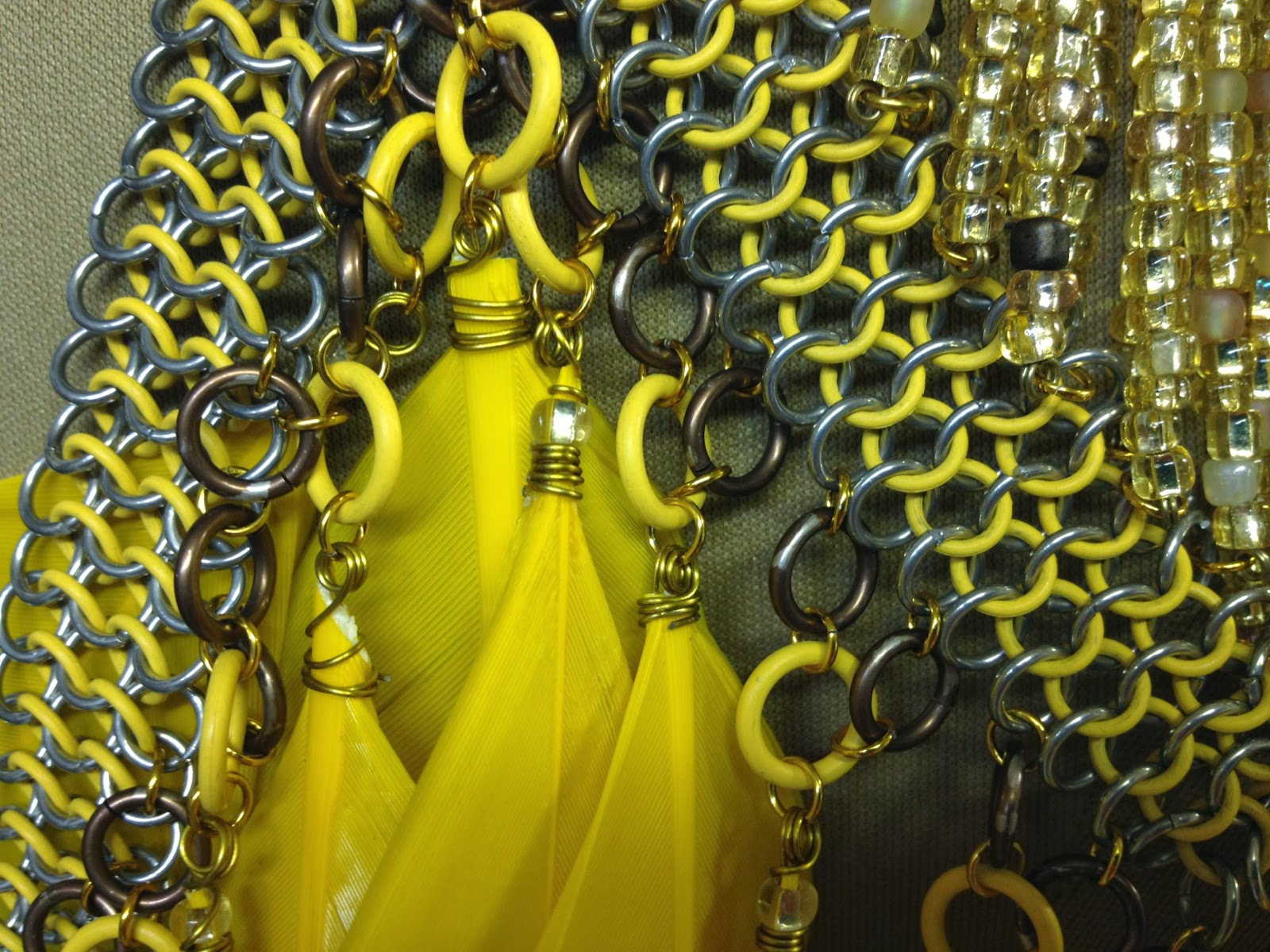 "It's all about the power points of the body," says Diane. 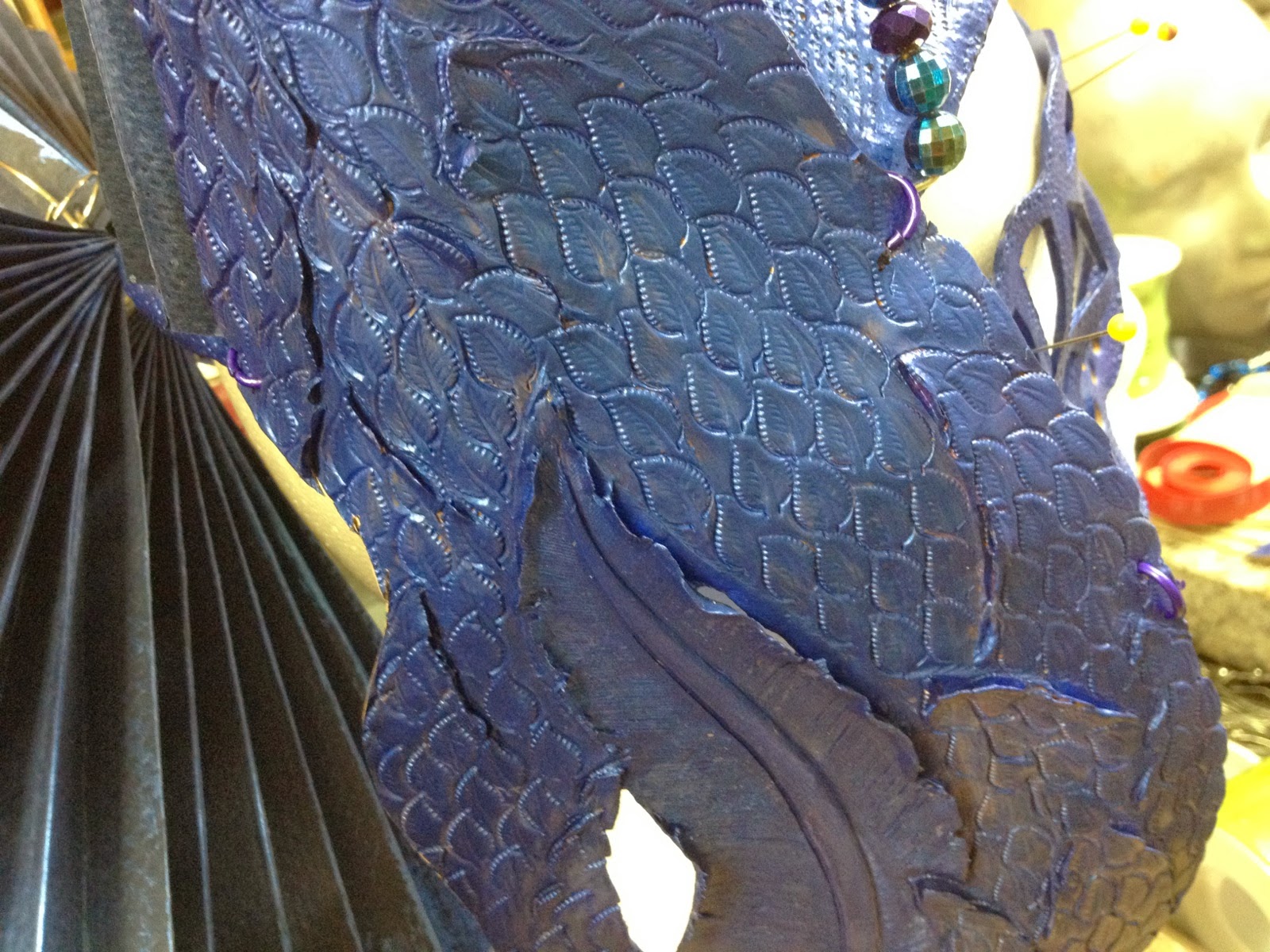 Diane and Kelly are excited about bringing avant-garde looks to the Knoxville runway. "They're avant-garde because these looks are not your off-the-rack, ready-to-wear pieces," explains Kelly. "There are few rare talents that come out of Knoxville, and it's only when you step outside of the box and try something different that you really make it big," she adds. By going "ahead of the times" and bringing these high fashion looks to the runway, Diane and Kelly are prepared to take that chance.

"It's about taking chances and doing something outside of the norm," says Diane, excitedly. "Everybody sees somebody succeeding and wants to follow it, but we have decided to be different." All of the looks for their collection are couture. "We're making all of this by hand," says Diane, proudly. Each ring of chainmaille twisted and woven by hand. All of the leather is cut, shaped and formed by hand. 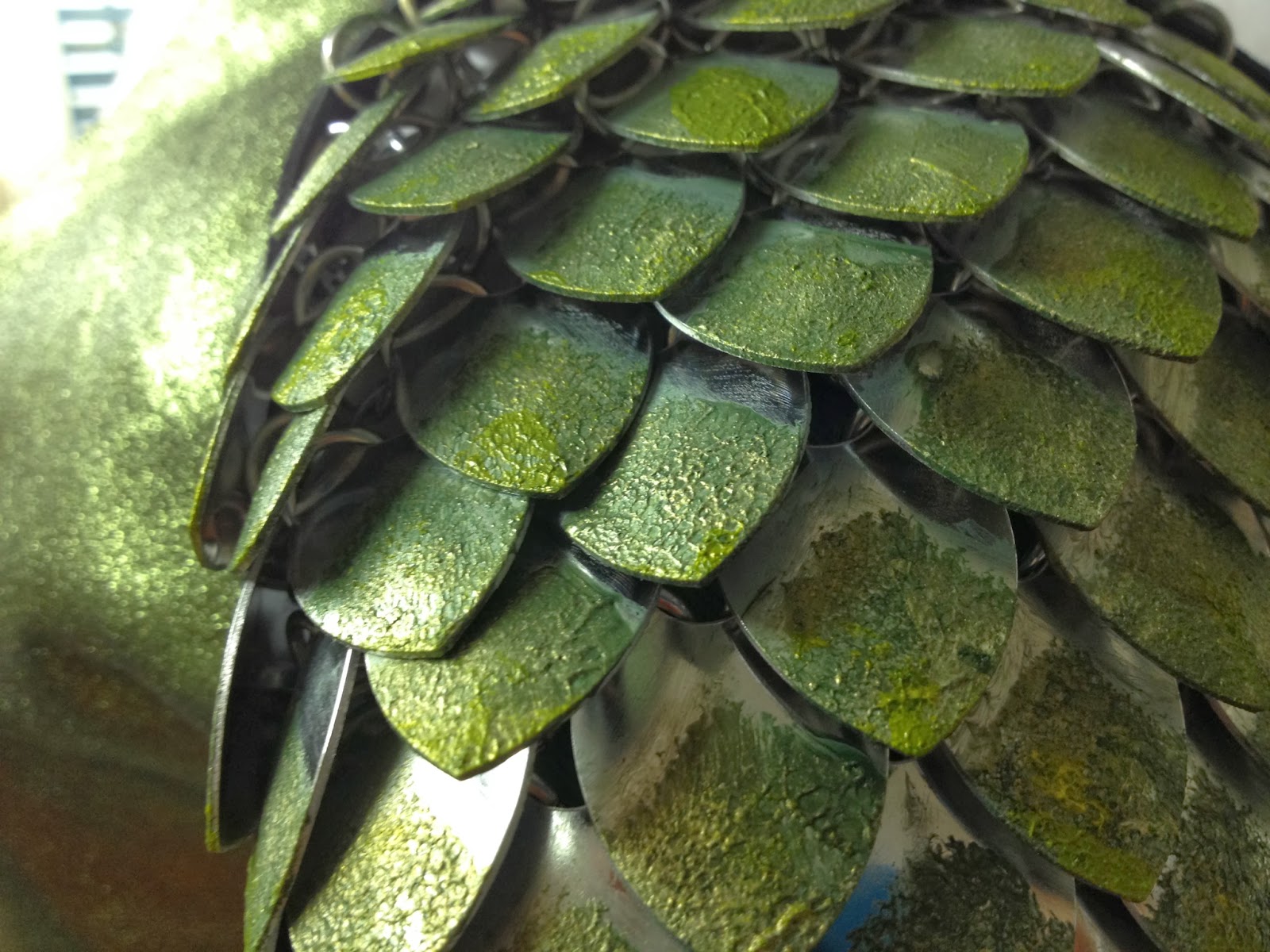 "We are so excited about this concept, with the lights, the colors and the shapes," says Kelly. "I'm hoping that everyone else sees our vision as clearly as we do."

For more info or to follow the designs of Diane Corey at KC Leatherwerks, you can find her on Facebook at www.facebook.com/KCLeatherwerks or online at www.kcleatherwerks.com.

For more info or to follow the designs of Kelly Jones at Shadow Oak Maille, you can find her on Facebook at www.facebook.com/chainmaildesigns or online at www.shadowoakmaille.com.

Stay tuned for more posts about Knoxville Fashion Week and photos from the runway.
Posted by Mannequin612 at 1:30 PM